BITA’s Forklift Market Index shows that sales for trucks rose by 6% in the first half of 2017, recovering from a dip in 2016. 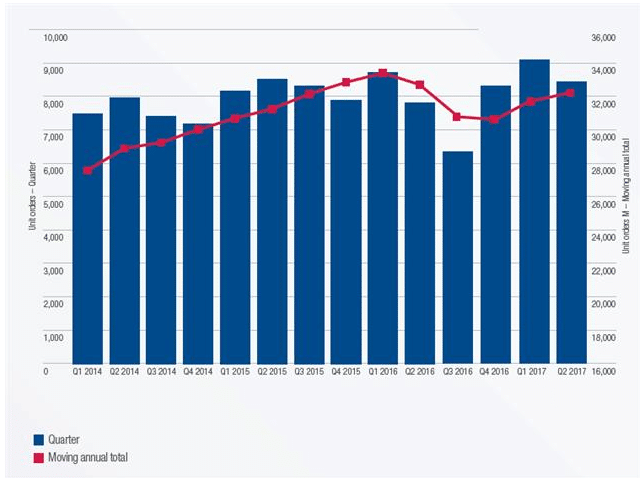 BITA secretary-general James Clark says despite the uncertain economic environment, forklift sales seem to have begun their recovery from the downturn seen in the second half of 2016, particularly in the retail distribution sector.

Downward trends in consumer spending have contributed to the continued fall in sales of forklifts for wholesale distribution (down 9.7%), but sales into the retail distribution sector have seen a large spike in demand (up 35.7% over the last 12 months), exceeding the year-on-year growth in online shopping.

Manufacturing remains the largest single sector user of industrial trucks and has seen a slight increase in marketshare, with industry now making up over a third (34.9%) of sales.

The increased output of UK manufacturing towards the end of 2016 helped the improving picture after a downturn in Q3, according to the latest analysis.

“The economic mood has seemed increasingly uncertain with a number of factors casting doubt over UK growth,” says Clark. “Despite this, forklifts continue to be in demand, fulfilling their role as enablers of business growth and supporters of the UK economy.”