Models from JLG, Haulotte and Komatsu are among the best at maintaining their value, according to the rankings by EquipmentWatch. 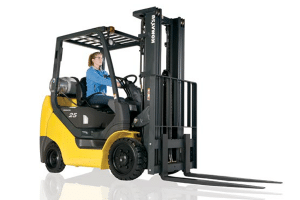 The analyst has announced its second annual list of Highest Retained Value Award winners, recognizing the models which retain the highest percentage of their original value after five years.

This year’s list includes JLG models in the articulating boom lift and IC scissor lift categories, the Komatsu BX in the warehouse forklift category and SkyTrak’s Telehandler in the telehandler category.

“The Highest Retained Value Award is indicative of excellence across a manufacturing organisation,” says Garrett Schemmel, vice president of EquipmentWatch. “Product quality has the most obvious impact on an asset’s performance on the secondary market, but residual values are also highly impacted by brand affinity and fair original pricing. A manufacturer must excel on all three fronts to gain recognition as a Highest Retained Value Award winner.

“For purchasers of equipment, there is perhaps no single measurement more influential in the buying decision process,” says Schemmel. “The residual value of an asset will have a significant impact on leasing terms and lifetime ownership costs. Informed buyers do well to weigh value retention heavily when considering equipment acquisition.”